As announced at the end of the 61st Ordinary General Assembly Meeting of Shareholders, OYAK, Turkey’s largest supplementary occupational pension fund, achieved great success in 2020 with a 27.2 percent interest, 12.6 points higher than the inflation rate, despite the pandemic conditions as a result of its activities focused on profitability, productivity and growth.

OYAK has grown with productivity, public offering, mergers, acquisitions and investments in the last five years and has proudly provided its members an interest higher than the inflation rate.

According to the 2020 Annual Report, OYAK’s consolidated revenues and total assets increased to TRY 73 billion and TRY 157 billion, respectively, as of the end of last year. OYAK alone accounted for 2.5 percent of Turkey's total 2020 exports, with a total export volume of US$ 4.3 billion. Contributing to the Turkish economy in terms of foreign dependency as well as reducing the current account deficit, OYAK paid TRY 15 billion tax with its Group Companies in 2020. OYAK has increased the profitability and market values of its Group Companies through strategic moves based on its long-term plans in recent years. OYAK did all this with structured organization, professional teams, investments in efficiency and infrastructure of its current companies, new investments and acquisitions, mergers, and public offerings. OYAK continues to make strategic moves to ensure that the success it achieved in 2020 goes into the future by continuing to grow even at a time when the global economy is in limbo with the impact of the pandemic.

OYAK contributes to direct employment with over 36,000 employees in 137 companies in 24 countries. It keeps its legal books and financial statements in compliance with the Turkish Commercial Law and the principles and rules related to the provisions of the Turkish Armed Forces Pension Fund Law No. 205. OYAK Group Companies do not have any supervisory exemptions in their industries, and they are subject to all audits as stipulated by applicable laws and relevant legislation. In this context, they are subject to audits by all relevant public authorities, particularly the Capital Markets Board, the Banking Regulation and Supervision Agency, the Turkish Competition Authority, the Energy Market Regulatory Authority, and the Tax Audit Board.

The sustainable success of the 26.5 percent average interest rate in the last five years takes place in all investment decisions in OYAK’s assets, such as acquisition, sales, mergers and public offerings, according to the policies and principles established in line with the resolutions of the Board of Representatives and the General Assembly of Shareholders. The decisions are executed in accordance with the legislation, the preliminary assessments, detailed examinations and technical work were carried out by the General Directorate in line with the international assessment and auditing criteria and by international consulting, rating and appraisal companies, and all decisions were made and all resolutions were passed with unanimous vote by the Board of Directors. 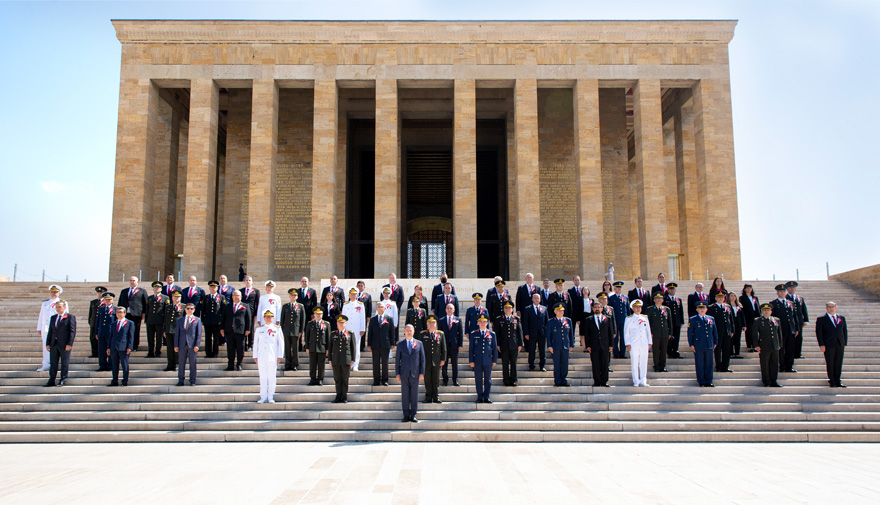 OYAK has completed the share and asset transfers of TOTAL, M Oil, Milangaz, Tamek and Sagra, which have high non-cyclical operational profitability in order to assess member reserves safely and maintain stable growth even in the event of a pandemic, and which have made it possible to operate in retail industries that offer end-user access. It is aimed to create an OYAK ecosystem with living spaces for 145,000 vehicles and equivalent consumers visiting more than 1,000 stations and retail outlets, where TOTAL, M Oil and Milangaz brands operate, where they can experience new trends based on technology, financial services and mobility. OYAK has thus started to operate in the fuel oil industry with a market volume of TRY 240 billion, and in the tempting food industry with a continuous growth of TRY 122 billion.